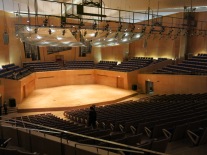 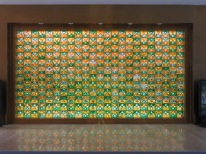 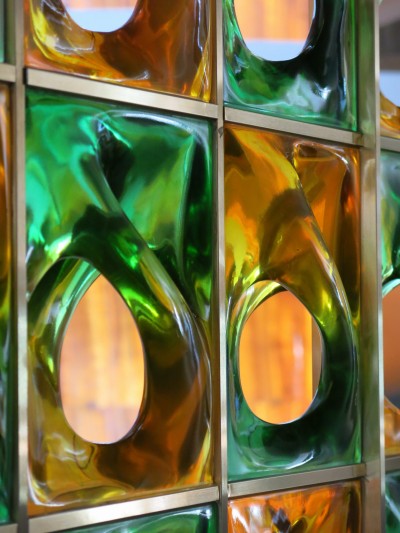 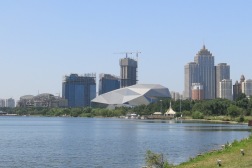 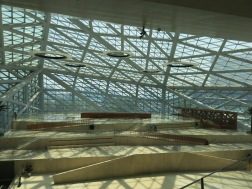 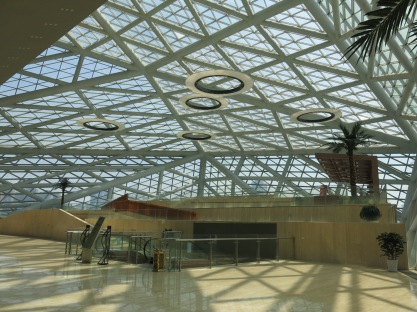 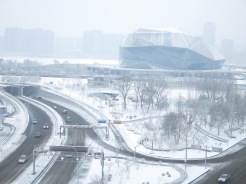 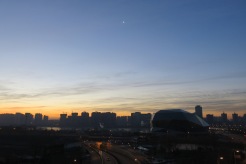 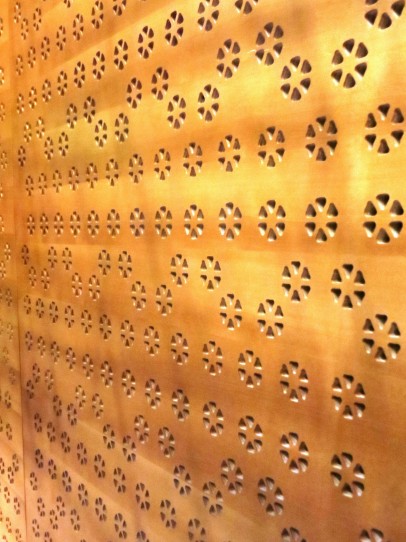 This time of year, I usually write a post about the changes on our familiar skyline.  The beautiful diamond building showing progress year to year.  That diamond now plays host to concerts and shows, a far cry from the hole in the ground it was a few years ago.

Last May, we moved from that south & east facing apartment with the diamond view.  We got a new outlook on life and on Shenyang.  My favorite daily view is the Ke Pu Science Park.  It is a wonder, a living thing that moves and changes every hour of every day.  Tai qi, basketball, ping pong, balloons, pond life, walkers and exercisers, kite flyers, dancing clubs and walking clubs, bird statues that light up at night …  Public parks all over China are a wonder.

Here are some recent shots of our views in Shenyang, plus one more recent sunrise in the Instagram feed to the left.  Enjoy. 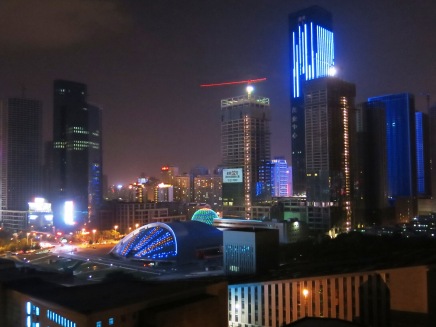 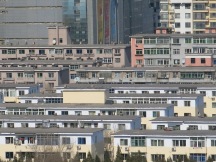 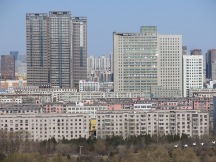 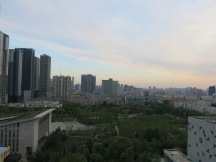 A Park in Summer 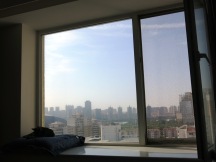