I love a blue sky.  On a recent trip to Beijing, we were lucky enough to have a few days, including one on the Great Wall.  Living in China, or anywhere, one must appreciate the blue sky when you’ve got it.  #gooutside  Enjoy. 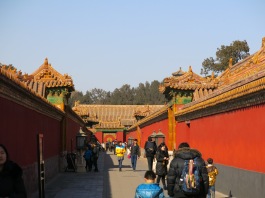 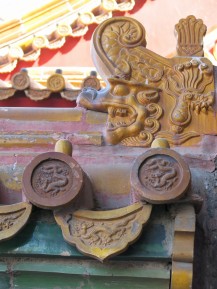 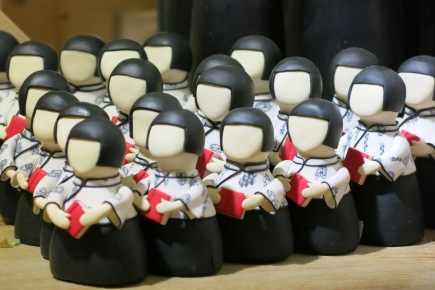 Check this or this to see how pollution is effecting China.  For a different perspective on Blue Sky, check out this from South Carolina.

Last weekend, we went to Dandong and Hushan, about 3 hours southeast of here, on the eastern part of the Liaoning Province.   The Yalu River separates Dandong from a small industrial town in North Korea.  Yes, the border.  The Yalu River Bridge used to connect the two sides, but it now ends half way long its full span, the remainder was dismantled by the Koreans at some point.  They say the Chinese half of this bridge bears the scars of US fighter jet combat in 1950.  This, along with a museum, monuments the War to Resist US Aggression & Aid Korea, or as we call it, the Korean War.  There is the new Friendship Bridge, for trains and buses. The train line runs from Beijing all the way to Pyongyang.

It was amazing to us to be so close to the border.  You could swim across, and at some points, I think the river is quite shallow.  We were able to see factories and other buildings.  Through the telescope in our hotel room, we could also see some people and even a North Korean cow.  You’ll be happy to know they look the same as they do around the world.

About 10 miles from Dandong is a town called Hushan.  It is very small actually, but famous because there is a restored piece of the Great Wall there.  It is amazing.  The Great Wall is called Changcheng in Chinese, which can be translated as “long fortress” or “long city”.  The fortress itself once stretched more than 5000 miles in northern China to protect the country from invaders.  That included about 4000 miles of actual wall, with some trenches and other blockages for protection.  The building started in the 5th century BC and went through the 16th century.  They have done a great job to restore many parts of the Wall, most of them near Beijing.  Most of what remains is from the Ming Dynasty (15th & 16th century).  So before Columbus even landed in North America, the Chinese were restoring sections and building new sections.

Part of the Wall near Hushan was only unearthed in the last 10-20 years after years of sandstorms had covered it.  This section also overlooks the Korean border, and there are warnings about hiking out of range since the border is not always well marked.  An amazing feature for us to see was working farm situated right next to the Wall.  And yes, we climbed all the way to the top!

The other stop we made was at the Daoist Temples at Phoenix Mountain (Feng Huang Shan).  This is similar to Qian Shan that you may have seen elsewhere in the blog.  You hike for a while, then stop at a temple to look at it and get some rest, then more hiking.  We picnicked with friends, did some hiking, and in the rain, also saw much of the mountain by car.  Driving to and from the interstate, we drove through very rural area and saw rice and tea fields.  We have seen many crops before, but never those two. Like so many things seen with fresh eyes, we looked at these and remembered how lucky we are to have these experiences.